Injury concerns regarding players heading into the Sunday and Monday games can be critical. Each Saturday, this entry will be dedicated to each player who appears on the official weekly NFL game status injury report and how his status may impact fantasy teams. Injury reports provide insight into a player’s status for those who may be new to this blog. The NFL requires teams to submit practice injury reports several times a week, identifying the body part involved in the injury. This year, there has been a change in the language of injury reporting, per the league office. The most notable change is the removal of the “probable” designation. For more detailed information on the changes and what they mean, click here.

Early in the week, the practice injury reports indicate whether a player did not practice, was limited, or was a full participant in practice. On Fridays, all teams file a game status injury report assigning one of the following designations: questionable, doubtful, or out. The designations listed here reflect the injury reports filed with the league office on Friday evening. Teams playing on Monday night do not have to issue their designations until Saturday. The explanation for each designation is as follows: 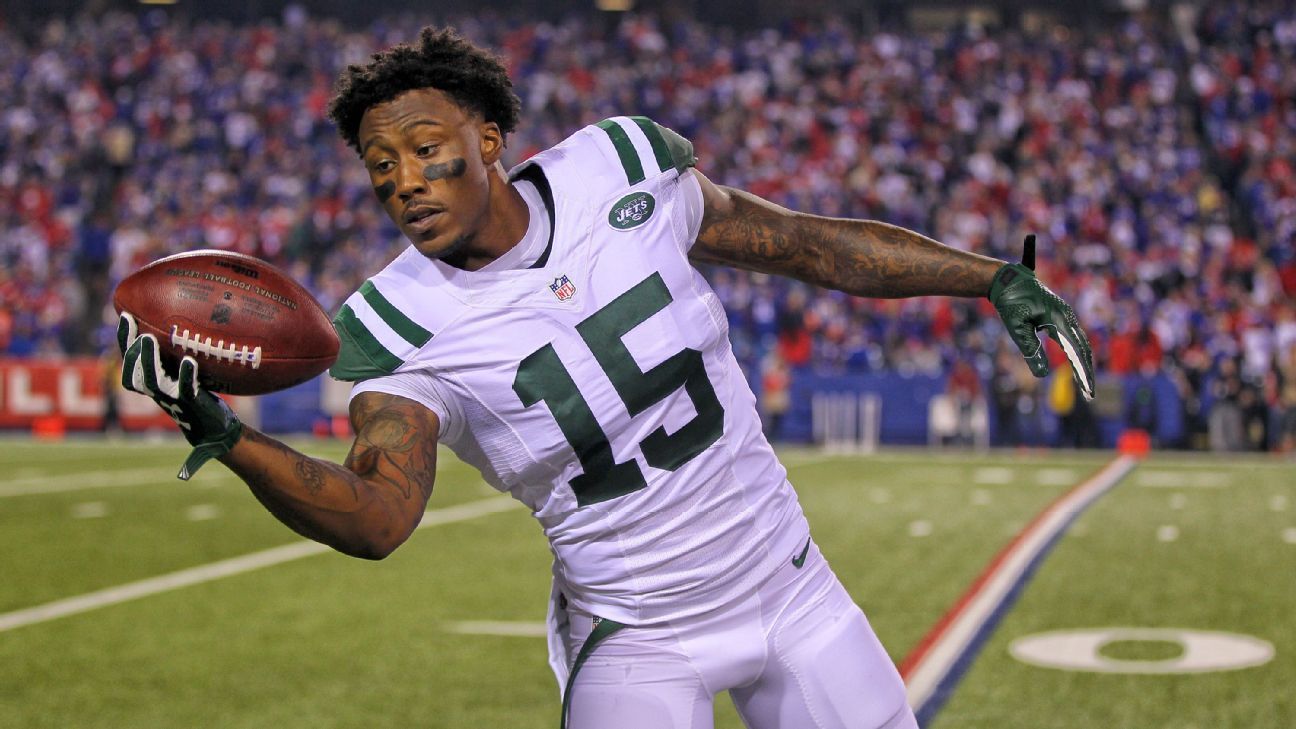 Out: This is the easy one: The guy is not playing Sunday.

Questionable (Q): This remains the most dreaded player designation. By definition, it means a player is “uncertain to play.” How uncertain is uncertain? There is no percentage or measurement scale, so this classification remains rather vague. Whether a player ends up active or inactive often comes down to a game-time decision based on how he feels on game-day morning or how he performs during warm-ups. Final inactives are due 90 minutes before kickoff.

Doubtful (D): The doubtful designation means a player is unlikely to play that week. Rarely does a player labeled as doubtful rarely end up playing unless he experiences a major turnaround before game time. Each week in the Saturday blog, we run down a list of key fantasy players, by position, who appear in the Friday injury report, along with the injured body part as listed on the report, player status, and any relevant developments or insight. The primary fantasy positions are covered (quarterback, running back, wide receiver, and tight end).

This year, at the end of each positional section, there is a subgroup of players: “Players off the game status injury report.” This means players will appear in the practice injury reports during the week but will not appear on the game status report Friday since they are presumed active for game day. The probable tag no longer exists, so players who would have been listed as probable in previous years are now simply removed from the report. They are included in this blog so that fantasy owners can see where players who were on the practice injury report during the week have been upgraded in advance of the games.

In the end, key fantasy players listed Friday as “out” for the week’s games will appear as a group.

Jay Cutler, Chicago Bears, right thumb, (D): Considering the injury to Cutler’s right (throwing) thumb forced him out of the Monday night game this week and was presumed to be a multi-week injury; it’s a bit surprising that Cutler even has a chance to suit up. Granted, the doubtful tag tells us the Bears are planning on starting Brian Hoyer, but Cutler has been trying to do what activity he can this week, even if he is not considered a practice participant. The oft-maligned quarterback is generally tougher than he is given credit for, but in a thumb injury, it is as much about being effective as playing through pain. Cutler acknowledged Monday night that the interception he threw resulted from him not gripping the ball adequately. It certainly seems as if the Bears would not take those risks unnecessarily this week. Expect Hoyer to start.

Andrew Luck, Indianapolis Colts, right shoulder, (Q): Last week, we said the appearance of Luck on the practice injury report during the week with a removal Friday from the game status injury report might become a regular occurrence. Luck did indeed appear on the practice injury report this week, but the pattern has changed. After not participating on Wednesday, Luck returned to a limited practice Thursday followed by a full practice Friday. The bigger change? He is not off the game status injury report. Instead, Luck is listed as questionable, but coach Chuck Pagano suggested people are reading too much into his situation.

Really? It’s the Colts who have downgraded his status to questionable this week. Since questionable translates to “uncertain” to play, why wouldn’t there be more concern now, considering Luck has been off the injury report the past two weeks? ESPN.com’s Mike Wells took a closer look at just how often Luck has appeared on the injury report, along with how much physical contact he has absorbed early in the 2016 season. While it appears that Luck will make his Sunday starts this week, the concern about his ability to stay healthy across the remainder of the season has merit.

Andy Dalton, Cincinnati Bengals, hip: It’s worth noting players who are not on the game status injury report but listed on the practice injury report during the week. Dalton is one of them in Week 3. A full participant in practice daily, Dalton was nonetheless listed during the week with a hip ailment. The good news is that it hasn’t appeared to limit him in any way, and he will be the starter for the Bengals when they host the Broncos Sunday.

Russell Wilson, Seattle Seahawks, ankle: Even if Wilson wasn’t quite himself in Week 2, just one week after getting stepped on and suffering a high ankle sprain, his performance was impressive considering the injury. With another week of recovery under his belt, Wilson — who practiced fully each day this week — should be in even better shape when the 49ers come to visit Sunday.

Jamaal Charles, Kansas City Chiefs, knee, (D): Charles is again listed as doubtful after practicing on a limited basis, again working primarily with the scout team. Coach Andy Reid did say Charles was “a little better” this week than last, but it remains to be seen whether next week is the week he makes his debut.

Thomas Rawls, Seattle Seahawks, shin, (D): Despite the Seahawks’ early reports that the injury Rawls suffered (a shin contusion after being kicked) was minor; he is unlikely to play in Week 3. It may have been minor on the surface, but it was problematic enough to keep Rawls out of practice all week. The good news is that this latest injury is completely unrelated to the ankle injury that limited Rawls in the preseason, according to Seahawks head coach Pete Carroll. In the meantime, fantasy owners should expect a boost in work for Christine Michael.

Chris Ivory, Jacksonville Jaguars, not injury-related — illness, (Q): Ivory had a minor calf strain heading into Week 1 but appeared poised to participate in the season opener until he ended up in the hospital on game day with an undisclosed medical condition. While the Jaguars have not shared details related to the condition that sent Ivory to the hospital, he has made steady improvement since then, to the point of returning to practice on a limited basis Wednesday. On Thursday, Ivory upgraded to full practice and repeated the effort Friday. He is expected to play on Sunday, but his workload may be limited in his first outing.

Rashad Jennings, New York Giants, thumb, (Q): Jennings suffered a left thumb injury in Week 2 and has sported a cast with a protective wrap throughout the week. His participation on a limited basis throughout the week is encouraging for his game status this Sunday. ESPN.com’s Jordan Ranaan expects Jennings to play this week, noting he will likely wear similar protection on that thumb and may be forced to carry and catch the ball in his right hand. The fact that Jennings practiced all week wearing what he is likely to wear in the game for thumb protection increases his ability to perform.

C.J. Anderson, Denver Broncos, ribs: Anderson could practice each day fully, so it is no surprise that he was removed from the injury report before this week’s game. Jerick McKinnon, Minnesota Vikings, toe: Without Adrian Peterson available for at least the next few months, the Vikings need McKinnon. Thankfully, it appears they — and fantasy owners who drafted him along with Peterson — will have him. McKinnon appeared on the practice injury report with a toe injury but practiced in full each day and will start for the Vikings on Sunday against the Panthers.

Matt Forte, New York Jets, knee: The knee is not a big worry for Forte or his fantasy owners as he was able to participate in practice fully both Thursday and Friday after a limited showing on Wednesday. His removal from the game status injury report also signals confidence in his health. Matt Jones, Washington Redskins, shoulder: Jones remains on the practice injury report because of his shoulder but participates fully each day. He is off the game status injury report again this week and is expected to start against the Giants.