BREWSTER, N.Y. — A baby was crying in a makeshift concert hall here, a wooden barn that felt like a Swedish sauna in the August heat. Already ringed in purple glitter, the eyes of the entertainer Taylor Mac lit up further, with opportunity. If you feel agitated that a baby is talking back — leave,” he said, alluding to Donald J. Trump’s tot showdown a few days earlier.

When I say that I love it when a baby makes noise in the house, I actually mean it.” His outfit gave his words extra force: white platform pumps, an asymmetrical bodysuit made of clashing patterned fabric strips, a hooded black coat appliquéd with cassette tapes, a headdress of three cantilevered Styrofoam skulls whose eye sockets dripped with tinsel (meant to symbolize the tears caused by the AIDS epidemic) and a faceful of melting makeup. 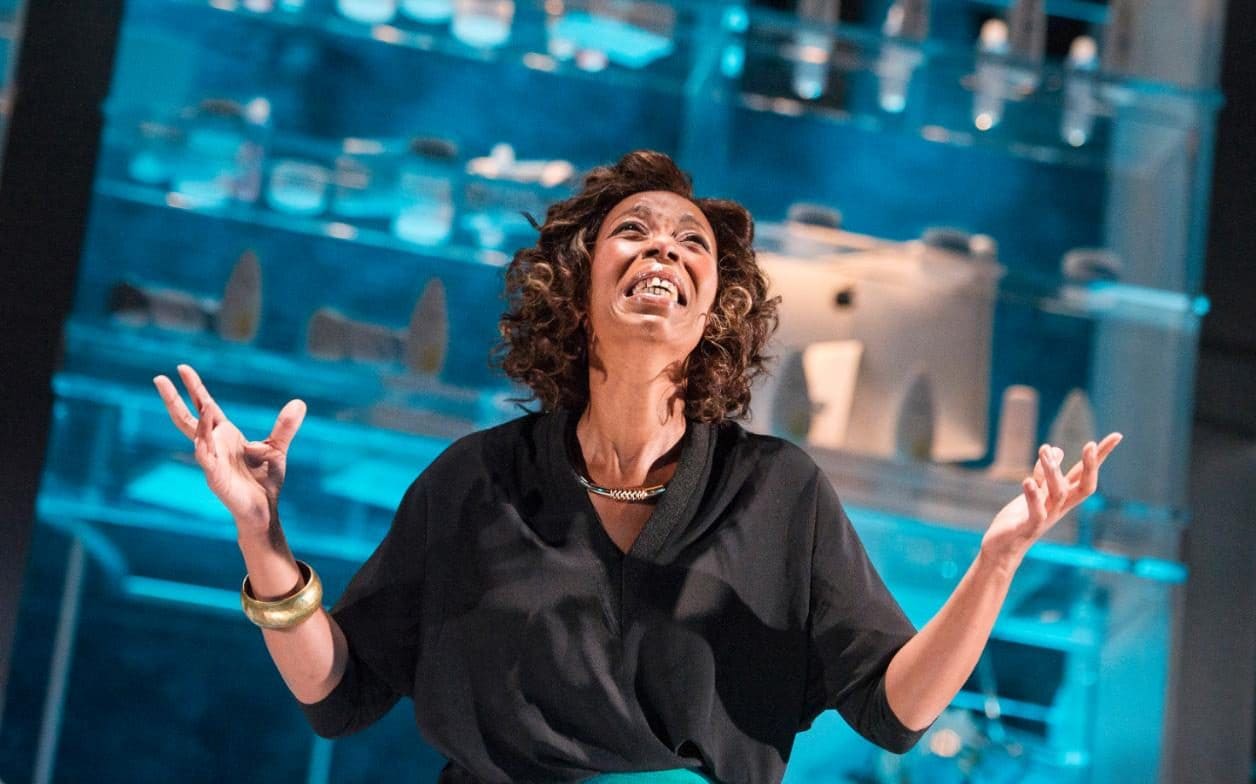 Though his performances are not generally recommended for minors, Mr. Mac has a penchant for welcoming — nay, demanding — audience participation. Soon he was instructing several strangers to improvise a group interpretive dance in a hayloft. They complied with surprising gusto, arms waving, one pair of legs cycling in the air the bales. Over the course of three hours, he also sang a mash-up of Robert Palmer’s “Addicted to Love” and

Diamanda Galás’s “Let’s Not Chat About Despair”; accompanied ballads of his own composition on a cigar-box ukulele and described the dream involving Pegasus and the actress Maggie Smith that supposedly provoked his first nocturnal emission. By any conventional measure, this would be a long night in the theater. Still, Mr. Mac, who is 43 but has the stamina of a man half his age, is not only defying conventional measures but also breaking the yardstick over his knee — and then, perhaps, upcycling its fragments for an outlandish costume Top Theto.