Home others Rape Defense Training and One Woman’s Crusade – Susan’s Story
Contents Summary show
One Woman’s Story That Changed My Life
“But, you can’t protect her,” was Susan’s reply.

One Woman’s Story That Changed My Life

I, like most men, had grown up in an era, much like those of the decades before, that collectively believed that women who reported rape were:

1) Never really raped at all. Instead, they were mad at their boyfriend or “some-guy” for whatever reason and were using this as a weapon to “get him in trouble.” Or, worse yet,

2) “Asking for it,” because of the way they dressed, talked, or presented themselves Our Planetary.

As for the first belief, I believe that this may happen occasionally. However, one would have to live in a cultural vacuum to believe that this is why a six-year-old tells someone that she was “touched and now it hurts,” or the nun found battered and bruised who reports that she was sexually assaulted by a seventeen-year-old. And the second belief? Can you imagine the burglar sitting in court and saying, “Your honor, honestly, I mean the way that TV was placed in that display window, all sleek and shiny and with such a fine picture tube and all – I mean, c’mon your honor, it was just asking to be stolen.” Can you? 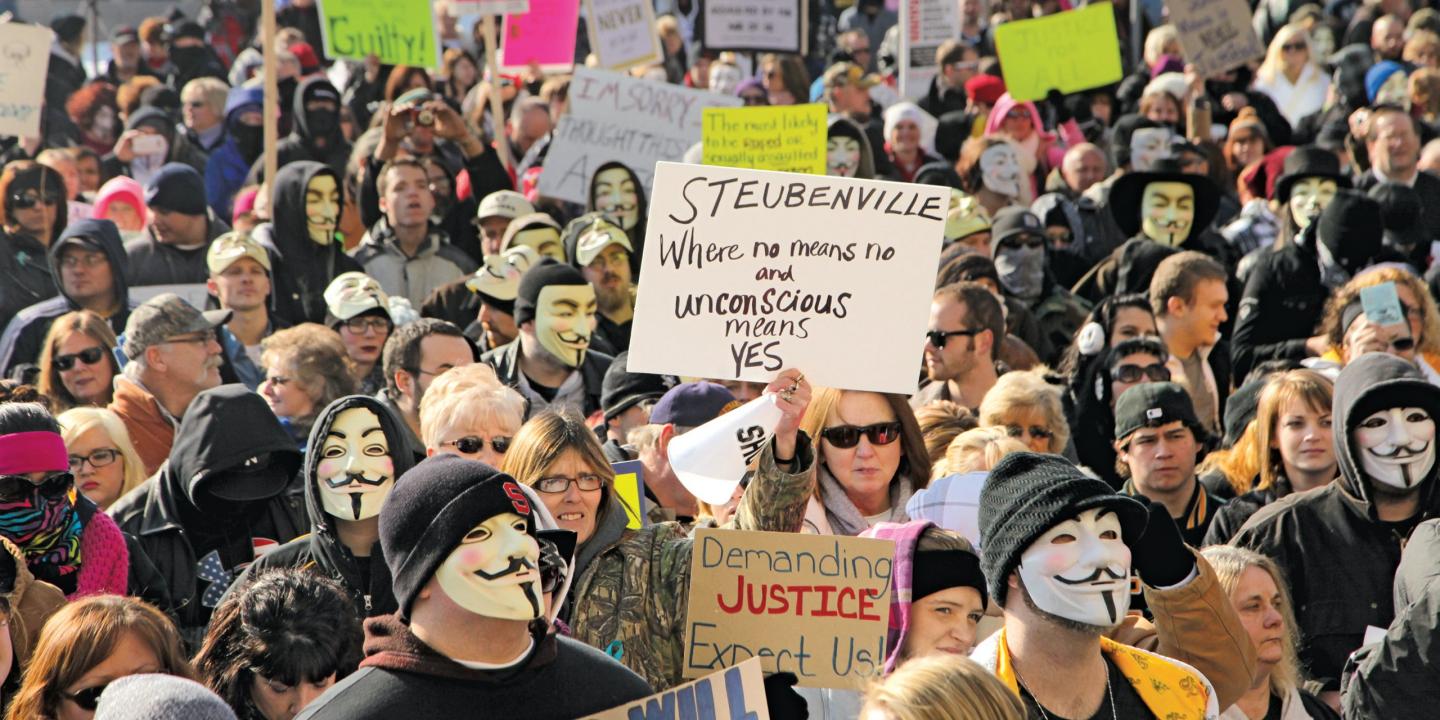 One of the ‘things that put me on the road that I eventually followed in becoming a police officer, bodyguard, and self-protection teacher is my own inherent ‘distrust’ and rebellion against what we’ll call conventional wisdom. I can’t tell you how painful it has been for me to listen to law enforcement officials, lawyers, judges, and even so-called self-defense experts expressing either or both of these same beliefs. Especially in light of all of the available evidence. Anyway, one day, several years ago, minding my own business, I find myself in a McDonald’s

Restaurant. While enjoying lunch with my wife and two children, I pick up on what sounded like an evangelical presentation at some table across from where we were sitting. This, coupled with the obvious discomfort displayed by the faces and bodies of the man and woman that were the recipients of the message, caused me to give the conversation more than casual attention. At the time, I was a federal police officer with about six years of street experience under my belt, so disturbances like these were something that I naturally and instinctively tuned in on.

When I looked, I found a small woman, roughly in her late twenties but no more than thirty, talking to a couple at the next table. The look on the woman’s face was no less than passionate, and her tone was very direct – almost panicked. But not for herself, for the man’s female companion. What I heard next forever changed how I would talk about the subjects of rape and women’s self-defense.

You see, this woman, we’ll call her Susan, had been the victim of rape. By the time I met her, Susan had recovered significantly from what would be described today as post-traumatic stress disorder – the traumatic mental and emotional aftermath of what began as a physical attack on her body. Unlike most victims of rape, though, Susan had taken it upon herself to tell every woman – and man or men connected to her – her story, the lessons she had learned, most of all, to learn how to protect herself! In fact, Susan was on a crusade. She gave talks to schools, groups, and yes, even the impromptu presentations like the one I was witnessing in a McDonald’s restaurant. And, she was very good at it. Because for Susan, it was personal.

I think that part of the reason for the discomfort in Susan’s listeners was that Susan was talking about a taboo subject, especially with strangers. I mean, really, rape? That’s sex. Yeah, sure, it’s a crime, but it’s a “sex” crime – “sex” – you don’t talk about that. But Susan did, and she was passionate about it.

Susan was passionate about it because this one incident, this one type of assault that’s routinely trivialized and ignored in our homes, in our schools, and, yes, in our courts, had shattered almost every belief that she had about the crime, who it happens to and her own ability to cope with it. She was looking at and talking to the man when I came into the conversation. “Do you love her?” she was asking him. “How much?” Of course,” he said. “But it’s my job to protect her.” All the while, his companion snuggled close to him, nodding in agreement but obviously avoiding the committed look in Susan’s determined eyes.

“But, you can’t protect her,” was Susan’s reply.

“Can’t protect her?” The very words stab into a man’s ego, and the look on her target’s face told me that this was a sensitive issue and one that was not open for discussion. Because for him, and most men in general, protecting one’s loved ones is not a possibility; it’s a given.

But, Susan was unstoppable. “How much time are you with her in an average day?” was Susan’s next question. “Do you work? Does she? Because,” continued this little woman with fire in her heart, “unless you’re with her every day, all the time, you can’t even begin to say that.”

Then came Susan’s personal story of tragedy in the face of what she had held to be true for her entire life. Everything she had been taught: good girls don’t have to worry about rape, only the pretty or promiscuous girls get raped if it does happen, just give him what he wants and you’ll be fine; every belief she could think of that supported her self-assurance that ‘she’ was not and never would be a target, was shattered and crushed by the reality she had never been taught and for many women, never accepted.

She told the couple that, before her attacker’s brutal assault, she too held the beliefs that she was hearing from them. She told them that their answers were not unique. She heard them from just about everyone, everywhere she went. But, as Susan found out, these answers only provided a false sense of security – security that had at its the foundation, not stone and mortar, but toothpicks and glue. And, if her listeners did nothing to correct those beliefs, they would find themselves in the same condition she was left in by her attacker – used, confused, and feeling empty and lost, with nowhere to hide.

As Susan’s story went on, we find that the physical wounds from rape heal very quickly compared to the invisible scarring that, like seeds waiting for Springtime, lies dormant under the surface – hidden from the world – until the right time. Because, as Susan pointed out, what she didn’t know about rape combined with what she didn’t know about how her body would respond to it, caused her more hurt and suffering in the long term than the actual physical act itself. Susan told her listeners that she did not resist her attacker. After all, he just wanted sex, right? It’s just about the sex. She did not resist, consciously. Well, not until he started beating her.

Susan’s story shows the truth that rape is not a crime of sex; it’s a crime of violence. I know you’ve heard this before. It’s the cornerstone of the whole rape-prevention educational system today and is at the forefront of programs given by rape crisis centers in most places in the world. And, while this is not the truth in every case, especially in date rape and rape involving college girls where the man really does want the sex and is willing to get it by force, in Susan’s case, her assailant didn’t want sex for pleasure of sex. No, to him, sex was a weapon to dominate, humiliate, and control a woman because it attacks her at her very core. To a rapist, sex is a tool that violates that one part of a woman’s body and her inner-self that she believes she has complete control of when used in this way.

Jeffrey M. Miller is the founder and master instructor of Warrior Concepts International. A senior teacher in the Japanese warrior art of Ninjutsu, he specializes in teaching the ancient ways of self-protection and personal development lessons in a way that’s easily understood and put to use by modern Western students and corporate clients. Through their martial arts training, his students and clients learn proven, time-tested lessons designed to help them create the life they’ve always dreamed of living and the skills necessary for protecting that life from anything that might threaten it. To learn more about this and other related subjects, visit his website at http://www.warrior-concepts-online.com. For more information about women’s self-defense issues, and subscribe to the WCI Online Newsletter, as well as the latest on his book The Karate-Myth.