The start of the fourth quarter was even worse for the Gators, as Hobbs orchestrated back-to-back touchdown drives on just seven plays. From the start of the third quarter to the moment, Hobbs’ beautiful slant over the middle to a wide-open Josh Malone for 42 yards made it 31-21 late in the fourth. Hobbs was 7-of-9 for 220 yards, with four touchdowns and an interception on throws of 10-plus yards downfield. After passing for 200 yards just once this season, Hobbs sliced and diced his way to 319 passing yards. 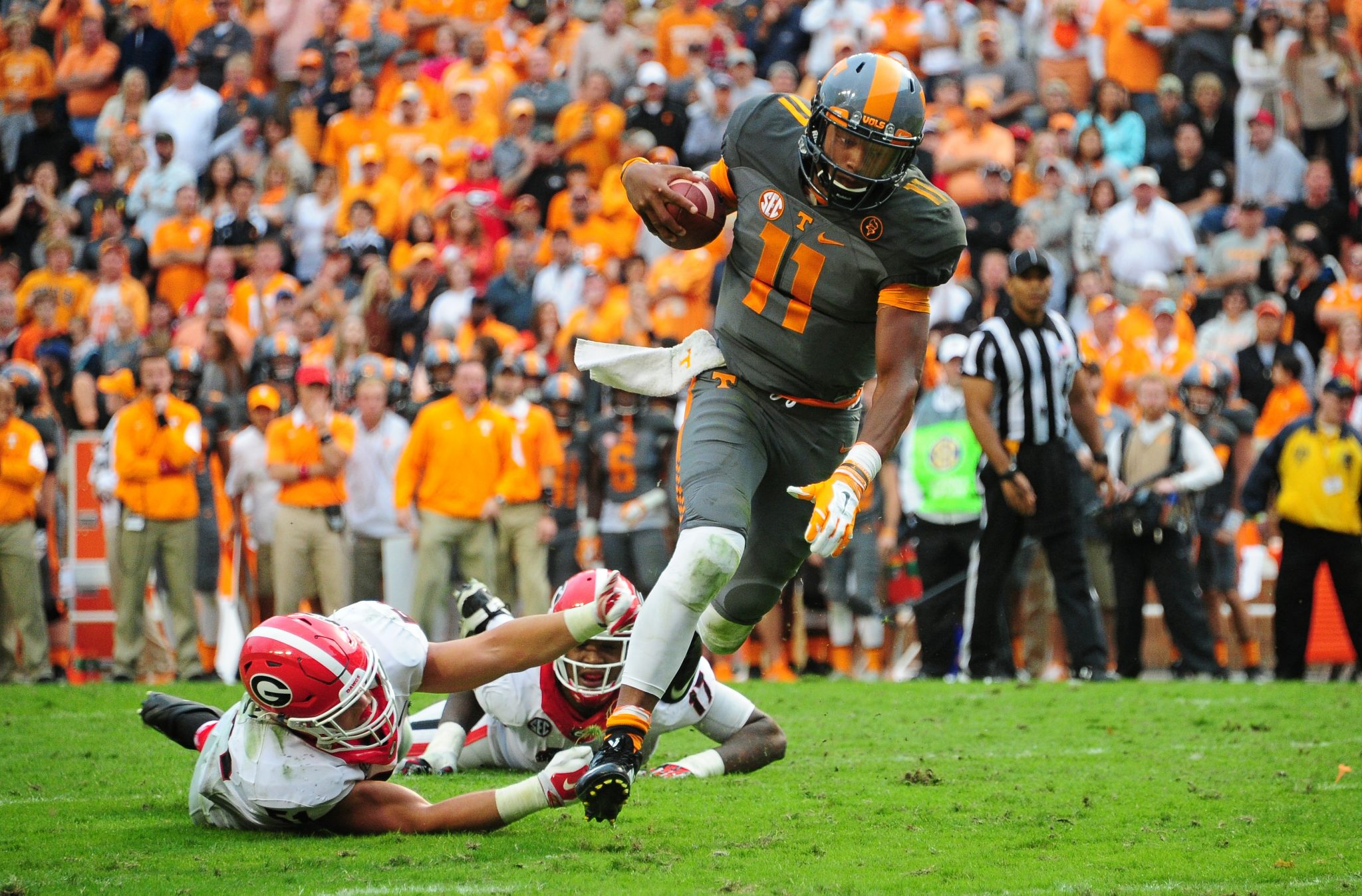 The team that made collapsing a tradition in 2015 slammed its creamsicle-colored webbed feet on the Gators in the final two quarters for a 38-28 win. Tennessee went from teetering on the edge of embarrassing for Butch Jones to the biggest win of his coaching career, thanks to 38 straight points.

This is what Jones has been building to … brick by brick.

So after all hope was lost and fans were ready to throw Jones and his coaching staff into the neighboring Tennessee River, Jones won the game that he lost too many times before. Last year, he was in Florida’s position, losing three games after having double-digit leads, including leading Florida by 13 with five minutes left in the fourth quarter. According to ESPN Stats & Information, last year, Tennessee lost two games in which its win probability reached at least 90 percent. Saturday, Florida pulled a 2015 Tennessee by falling apart like a soup sandwich in the second half, registering just 102 yards and five first downs in the last two quarters.

Tennessee came out clawing at Florida’s defense, wearing it down and keeping defenders on their heels. Defensively, the Vols dominated up front, turning what was supposed to be an improved Gators line into mush.

Heading into next week’s game against Georgia in Athens, Tennessee has cemented itself as the true favorite in the SEC East. This is the best position Jones has ever been in during his four seasons in Knoxville. The Vols aren’t perfect, but all is right on Rocky Top after dominating the hated Gators in a monumental second half.