Apple ended all speculations and rumors surrounding iOS 9 by officially releasing the latest version of its mobile operating system on 16th September. Version 9 of iOS supports iPod touch (fifth generation), iPhone 4S and above, iPad 2 and above, and all iPad Mini models. This also enables the users to easily install iOS 9 on their devices as the update size is only about 1.3 GB. iOS 9 also has better battery life, enhanced search options, updated apps, improved security, and new multitasking features to compete with popular mobile operating systems like Android and Windows Phone. These new features and enhancements in iOS 9 will profoundly impact both users and app developers. 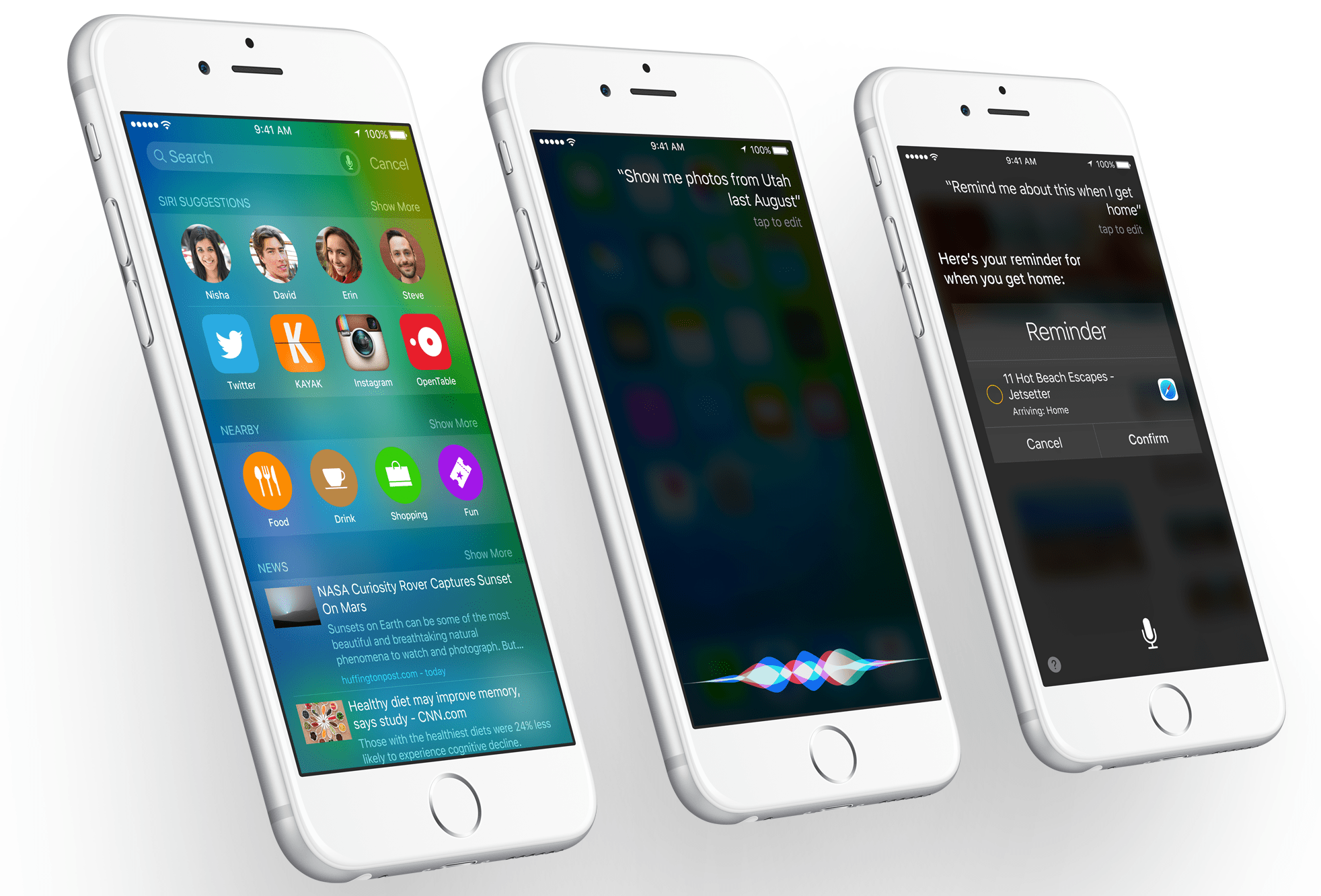 10 Features that Make iOS 9 both Exciting and Different

Apple has included multitasking support in iOS 9 to enable iPad users to open two apps simultaneously. They can opt for the “Spilt View” option, which helps them open an app on the left side of the screen while running the other app on the right side. They also have another option called “Slide Over,” which helps to easily swipe and switch from one app to another quickly and smoothly. The users can even chat with their contacts through FaceTime while accessing other apps. However, iOS 9 currently provides multitasking support only to Apple’s built-in apps.

Apple tries to make iPhones and iPads smarter through the new feature called intelligence. The feature inspired by Google Now offers better search and proactive suggestions even before the user initiates any action. For instance, each time users initiated a web search; Intelligence will automatically show people, places, news, and apps based on their activity. Similarly, it will automatically open the music app each time a user plugs in the headphone.

While using iOS 9, users can activate Siri simply by saying, “Hey Siri.” So they can now activate Apple’s personal virtual assistance anywhere and anytime without pressing any button. However, Apple requires the device to recognize the user’s voice and activate Siri only after authenticating his voice. The enhanced Siri would thus quickly respond to more complex queries and offer more relevant suggestions.

While using iOS 8, many users find it difficult to access iCloud, Apple’s cloud storage service. iOS 9 makes it easier for them to access iCloud simply by creating an icon shortcut on the home screen. A user can now create the icon shortcut by visiting settings -> iCloud -> iCloud Drive and then press the “Show on Home Screen” switch. So the users can now access the files stored in iCloud directly from the home screen of their devices.

Mobile development seems to improve as iOS 9 further comes with improved Apple Maps that include several features offered by Google Maps. Apple Maps can now provide Transit Direction to users in selected cities. The users can use the option to gather information about buses, trains, ferries, subway stations, and other public transportation modes. The app also lays out the route according to the user’s trip and at the same time allows him to gather information about the places to shop or eat through the inbuilt “Nearby” feature.

The improved Apple Pay included in iOS 9 enables users to make payments easily and securely using their credit cards. Apple Pay also supports credit cards issued by popular stores like Discover. Apple has further rebranded Passbook as Wallet. The users can access Wallet on their devices simply by double-clicking on the home button. They can even access Wallet when the iPhone is locked, along with storing credit card and reward card information. Thus, users can now use Apple Pay to make purchases securely and redeem their reward points easily.

iOS 9 comes with several features to keep the user’s Apple ID and device secure. The latest version of the mobile operating systems now requires users to use a six-digit passcode to make their passcode more secure and unbreakable. Likewise, the users now have the option of two-factor authentication to secure their Apple account from other devices in a more secure way. The enhanced security features make iOS score over other popular mobile platforms.

iOS 9 makes it easier for users to switch from Android devices to iPhones or iPads. They can use the “Move to iOS” apps to easily switch from Google’s mobile operating system to Apple’s mobile platform. The app makes it easier for users to transfer contacts, messages, photos, videos, mail accounts, wallpapers, and web bookmarks from the Android device. It will further suggest the free apps the user can download from the App Store while adding the paid apps to iTunes Wish List.

iPhone development becomes even more interesting with Apple having included CarPlay in iOS 9 to facilitate automobile automation. CarPlay enables users to connect their iPhones or iPads wirelessly to cars that support wireless connections. It can further support and work seamlessly with the auto maker’s apps. So the users are not required to toggle between the car’s interface and CarPlay. They can use their iOS devices to control the car more conveniently.

Apple has updated several built-in apps to deliver a richer user experience. iOS 9 includes a new flip board like News app that provides updated news to the users based on their preferences and reading habits. Apple has also collaborated with major publications to provide more relevant and comprehensive news to users. iOS 9 further comes with a completely redesigned Notes app. The users can now convert the note into a checklist, add photos, and draw doodles. Also, they can send content and information from other apps to the notes and save the app on their iCloud drives for easy access.

Certain features included in iOS 9 indicate Apple’s plan to enhance the worldwide market share of its mobile operating systems. Apple has included keyboards for Telugu, Gujarati, Punjabi, and Hinglish to target millions of users living in India, the country with the world’s third-largest smartphone market. The latest version of iOS further allows Indian users to key in Hindi words in Roman script, which the keyboard will subsequently convert into Devanagri script. Increasingly, this makes it easier for users to access websites and apps that use several Indian languages. Mukesh loves to share his thoughts about iOS development at all about apps.