Alstom unveiled the new train at InnoTrans, an annual trade show in Berlin this week. Starting at the end of 2017, the train will run on the Buxtehude-Bremervörde-Bremerhaven-Cuxhaven line in the northwestern German state of Lower Saxony. Lower Saxony’s local transportation authority has meanwhile ordered 14 trains of the type. Testing and approval by the German Federal Railway Authority Eisenbahn-Bundesamt will commence in fall 2016 and be completed by 2017. 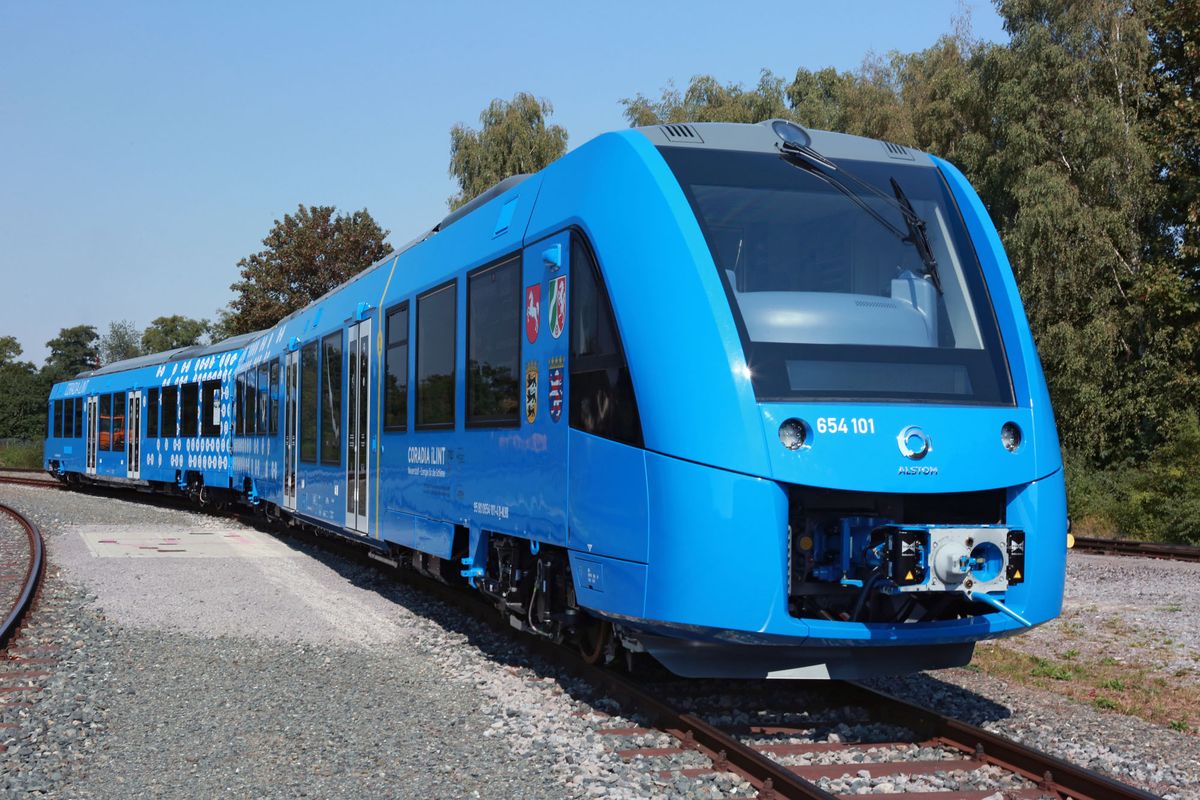 The Coradia iLint may be the world’s first hydrogen-powered passenger train, but it’s certainly not the first vehicle to run on hydrogen fuel cells. Stan Thompson, a former strategic planner at AT&T and long-term advocate of hydrogen for rail transportation, coined the term “hydrail” in 2004 to describe any rail vehicle that uses hydrogen fuel cells. There have been prototypes and hybrid trains in the meantime, most notably in Japan. This is the latest announcement that points to Germany’s efforts to innovate rail travel. Last July, Deutsche Bahn, the largest railway operator in Europe, announced it would be working with Hyperloop Transportation Technologies to bring its futuristic technologies to its train fleet.