With the help of advanced technology and popularity, the gaming industry has advanced and expanded rapidly over the years. New PC and video games are not only capable of providing fun and excitement for everyone, but they can also give certain benefits and advantages. If we are looking for categorization of videos games, they are broadly divided into eight major categories:

Contents Summary show
Action
Adventure and Role Playing
First Person Shooters
Due to the violence involved in this genre of games, they are not suitable for young children. Construction and Management Simulation (CMS)
Strategy
Simulation
Platformer
PUZZLES
Cognitive thinking skills
Keeping video games out of the reach of children can only deprive them of these benefits.

Action games are usually inappropriate for children. These are fast-paced and may contain a large amount of violence. Such games fall under the category “M” (mature-rated). Examples are Halo, Star Wars, Jedi Knight, and Enter the Matrix. 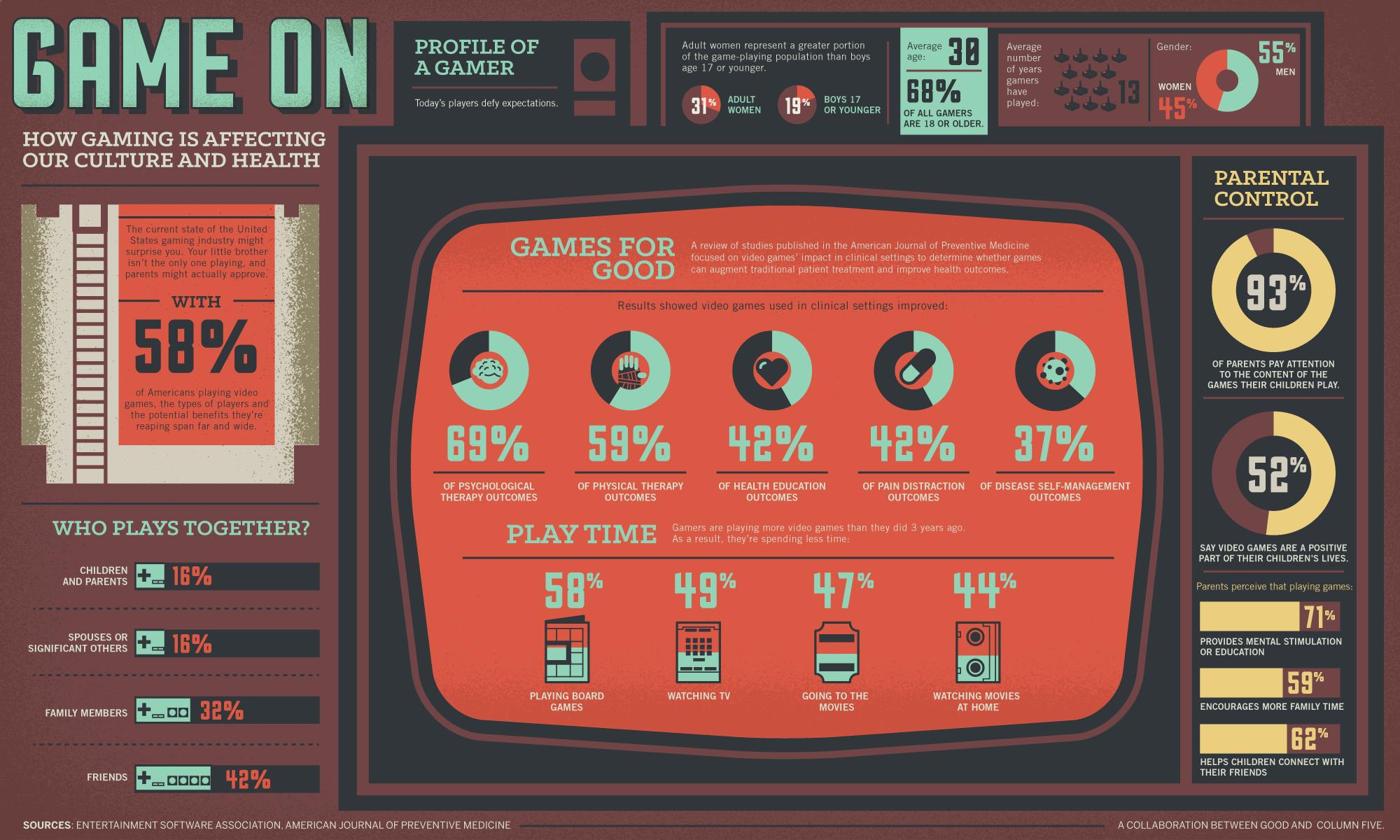 These are normally not as graphic as action games and can take the player into surrealism and fantasy. Though adventure and role-playing games often contain violence, it is not as intense as the violence in action games. Examples of this category are Borderlands 2, Final Fantasy, Legend of Mana, and Billy Hatcher.

As the name implies, it is a game in which the player sees the action through the eyes of the character he is representing and involves using pistols or rifles to kill the enemy. Examples of these games are “Half-Life, “Half-Life 2”, “Call of Duty: Modern Warfare” and so on.

Due to the violence involved in this genre of games, they are not suitable for young children. Construction and Management Simulation (CMS)

As the name suggests, in the games belonging to this genre, the players are expected to build, expand and manage imaginary projects and communities with minimal resources. Examples of this genre include “SimCity” and “Harvest Moon.”

Here, the accent is on strategy rather than violence, and these games are slower, giving the player time for strategic thinking, resource management, and planning to achieve victory. Most are warfare-based, and so violence is not completely absent. These games are not suitable for children. Some examples are Advanced Wars I & II, Civilization V and Crusader Kings II.

There are lots of games in this class to entertain children. These are video or computer games that simulate real-world situations under game settings. In this category, the three well-known games are Racing Simulators, Flight Simulators, and Sims. Some examples of simulation games are Football Manager, Farming Simulator 2013, The Sims, and Evil Genius.

The Platform Game or Platformer is consists of jumping between suspended platforms of varying heights or obstacles and sometimes both to move forward in the game. Some examples of Platformers are 40 Winks, Abuse, Action 52, and Adventure Island.

Puzzle video games are a class of games that require puzzle solving. The puzzles that need to be solved can involve many problem-solving skills such as using logic, word completion sequence solving, strategy, and pattern recognition. Puzzle Video Games are Mario, Bejeweled 3, Cradle of Rome 2, and Hidden Objects.

While on the subject, let’s not forget Sports games such as NHL 13 and FIFA Soccer 13, and Arcade games such as Chicken Shoot 1, Toy Story Mania, and Angry Birds, to name a few. Nowadays, video games are enjoyed by a wide cross-section of our society, from toddlers to grandparents. These have been accepted by everyone as good entertainment and seen to be better than watching TV as it requires the viewer’s participation and interaction. The general feeling is that video games do not provide any benefits to the player, especially in the case of children. Contrary to this belief, there are many benefits in allowing children to play certain types of games. Most important of these benefits is the development of:

Keeping video games out of the reach of children can only deprive them of these benefits.

A child’s imagination can be stimulated through role-playing and adventure games. Even if some of these games can seem tasteless due to their graphic nature and violence, they can play a positive and important role in a child’s development by promoting teamwork, building confidence, and improving motor skills. Playing such video games will only provide a child with a healthy means of expression.