The air traffic control tower is an airport’s most iconic recognizable structure. It is also it’s most important. From here, air traffic controllers watch over airplanes, communicate with pilots, and, when necessary, manage emergencies. These towers rise high into the sky, their windows providing a clear view of the airport and its surroundings. They can withstand strong winds and even seismic forces. 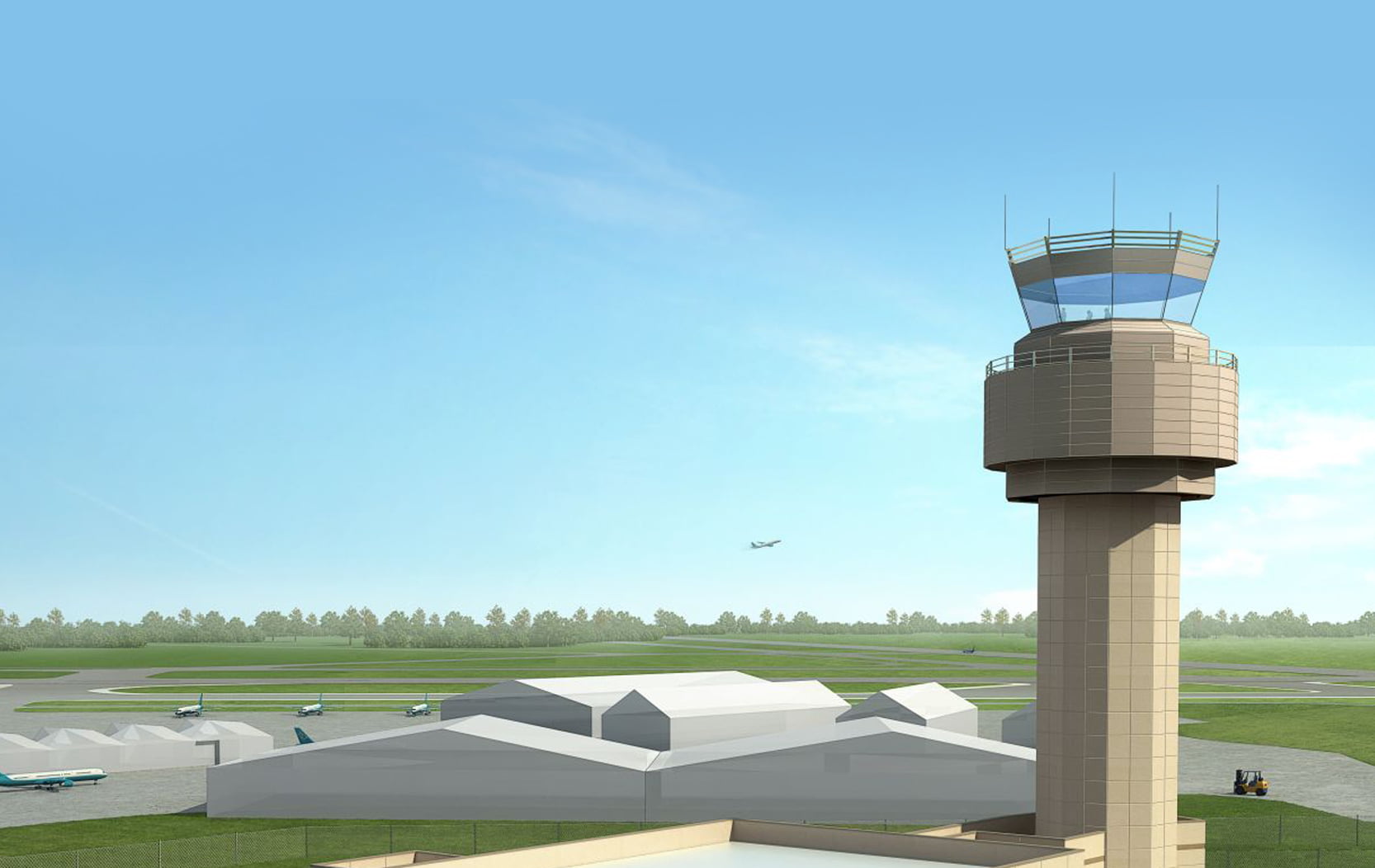 And they do not come cheap.

For example, Chicago O’Hare International Airport’s newest tower—which boasts an elegant, energy-efficient design—cost taxpayers $45 million. In June, Charlotte Douglas International Airport in North Carolina broke ground on a $60 million tower. San Francisco has spent $70 million on a tower expected to be operational in October. The City by the Bay also forked out another $50 million to demolish its old tower. But these gleaming structures could soon be obsolete thanks to new technology that allows airports to monitor and manage air traffic using a system of cameras and sensors that record flight information, then transmit it to windowless buildings miles away from the runways.

These so-called ” remote towers” allow airplanes to be controlled from cheap conference rooms rather than expensive control towers. Monitors in these remote control rooms can display every facet of an airport’s operation, replicating the experience of being in a tower and looking out the window. The system is seen as a surefire way of cutting costs. At least that is what countries including Ireland, Germany, and Sweden, who have invested in the technology, are hoping for. Sweden opened the world’s first remote tower facility in April 2015 to guide aircraft at Örnsköldsvik Airport 123 kilometers away.

A system of high-resolution cameras, microphones, signal lights, and meteorological sensors at the Örnsköldsvik airstrip sends data to the remote tower, staffed by traffic controllers. The plan is to direct traffic for three small airports in Sweden from that same facility. The technology is also being tested at the regional airport in Leesburg, Va., outside Washington, D.C., which could soon be home to the U.S.’s first remote tower.

The real payoff, however, comes from having a single remote tower manage several airports. Doing so not only eliminates the expense of building conventional towers costs but also reduces personnel costs. Air traffic control is a capital-intensive business where controller salaries in the United States alone total $2.8 billion annually. Managing multiple airports would be a dramatic change from how towers—conventional and remote—currently operate. Controllers in these towers are licensed to work only one airport at a time. This means the controller managing airplanes in Bangor, Maine, and today cannot report to Boston’s Logan International Airport to the same job tomorrow. A multiple remote tower would make for a much more cost-effective system.

The idea is not without its challenges. For one thing, no two airports are alike. An airport built on a mountain, where the air is thinner, provides less lift, will have a longer runway than one built at sea level. An airport near a residential area will have stricter noise reduction procedures than one built in the middle of nowhere. For Patrik Peters, president of the International Federation of Air Traffic Controllers (IFATCA), these differences in physical layout and procedures make cross-training controllers across multiple airports “challenging to say the least.”

The European Cockpit Association, which represents the interests of European pilots, goes further. The organization states in a position paper that managing multiple airports “can lead to a fragmented situational awareness, causing misunderstandings, mix-ups, and other working errors, thus having the potential to decrease the safety of operations significantly.” The Association also worries that such operations “may negatively affect the controllers’ performance and lead to safety hazards.”

Multiple remote towers create the potential for “location error”—namely thinking you are controlling one airport, when in fact you are managing another, says Nadine Carter, a University of Michigan professor of industrial and operations engineering. This can happen when a controller switches back and forth between managing different airports at different times. A controller may spend the first day managing one airport and switch to a different airport on the second day. Following the switch, confusion can arise as the controller loses sight of the current airport, says Carter, who teaches courses in cognitive ergonomics and organizational safety.

Another scenario Starter envisions one where a controller is aware of which airport is being managed but mistakenly applies procedures intended for the other. To IFATCA’s Peters, such errors can have a profound impact on safety. These concerns must be addressed if multiple remote towers are going to work. Schedules must be scrutinized, procedures devised, and technologies developed that collectively reduce the chances for error. Moreover, while no laws prohibit one controller from managing multiple airports, little data on how this affects safety.

These concerns do not make multiple remote towers unviable, however. Nor should they. Amid the backdrop of air traffic controller shortages—over 30 percent of US, controllers are eligible to retire at any time—and a mood that favors fiscal restraint, leveraging economies of density is wise. Multiple remote towers can help achieve more with less. But benefiting from this technology means asking the right questions and using science to provide the right answers.