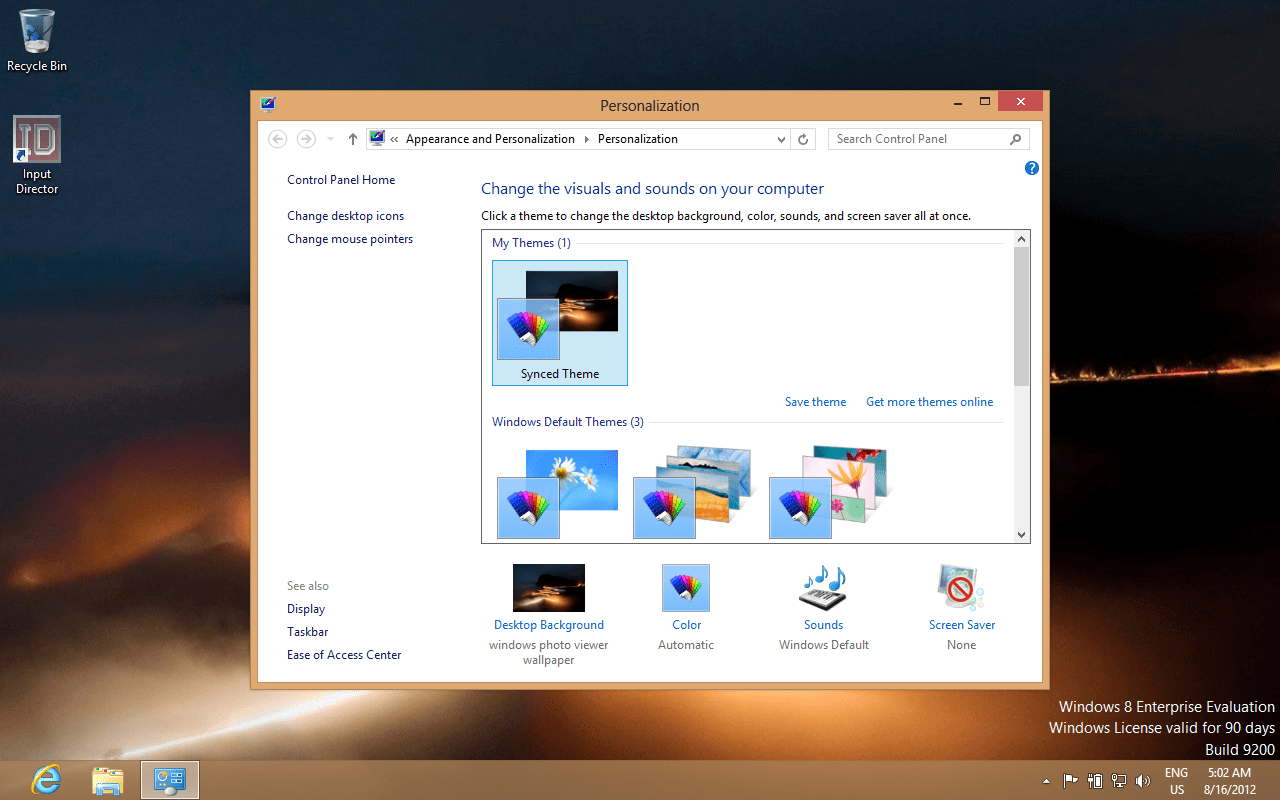 It is a radical redesign and a sharp turn in Microsoft’s strategy to adapt to the emerging threat to PCs, the ‘tablet, and compete with Apple in the tablet operating system space.’ In the past, people have been able to adapt to new Windows operating systems relatively quickly; the new features in Windows 8 will take time to learn. Its interface is completely different from the traditional Windows. Upon first look, users are confronted with something completely alien. The new user interface known as Metro can be controlled by both keyboard and mouse and touch-screen swipe and gestures.

Microsoft has given all of us who are afraid of change or simply don’t like it a chance to keep working with the traditional desktop. The good news is If you don’ wants to work with the touch screen, the functionality of the original Windows Desktop you are familiar with remains largely intact. Your old Windows 7 applications will work (Microsoft promises) in Windows 8, and the old keyboard shortcuts remain.

The great thing is you have been given a choice to stick with the old ways of doing things or take up the new way. Microsoft has also added alternatives to the traditional desktop to function on the tablets that shun keyboards and mice in favor of touch screens.

Windows 8 works with ‘Apps’ similar to what we have become accustomed to with the iPhone or iPad. The Customer Review download comes with a handful of pre-installed apps, with the option of getting more via the Windows App Store. Microsoft has an uphill battle with bringing Windows 8 to the public. It is certainly going to take some getting used to. People are resistant to change. Just look at the resistance to Facebook every time there is an interface change. You will need to forget everything you have learned since Windows 95.

Microsoft has made no official announcement on the official release date, however judging from the quality and finish of the Consumer Preview, it could yet take some time. There are still some bugs and rough edges to smooth of; however, this is the whole reason Microsoft made the early release.

Windows 8 is something that Microsoft really needs to get right, and they have spared no expense in doing exactly that. Early impressions of the operating system have produced mixed reviews, as always, some people love it and some people don’t. At the very least, it is a big step in the right direction to keep up with the rapidly changing trends in computers and technology.